The 15th in a series of posts that bring together the two sides of my blog: food and technology. I’ve asked the great and the good from the web standards community to share their favourite recipes. This meltingly good goulash recipe comes from Patrick H. Lauke. 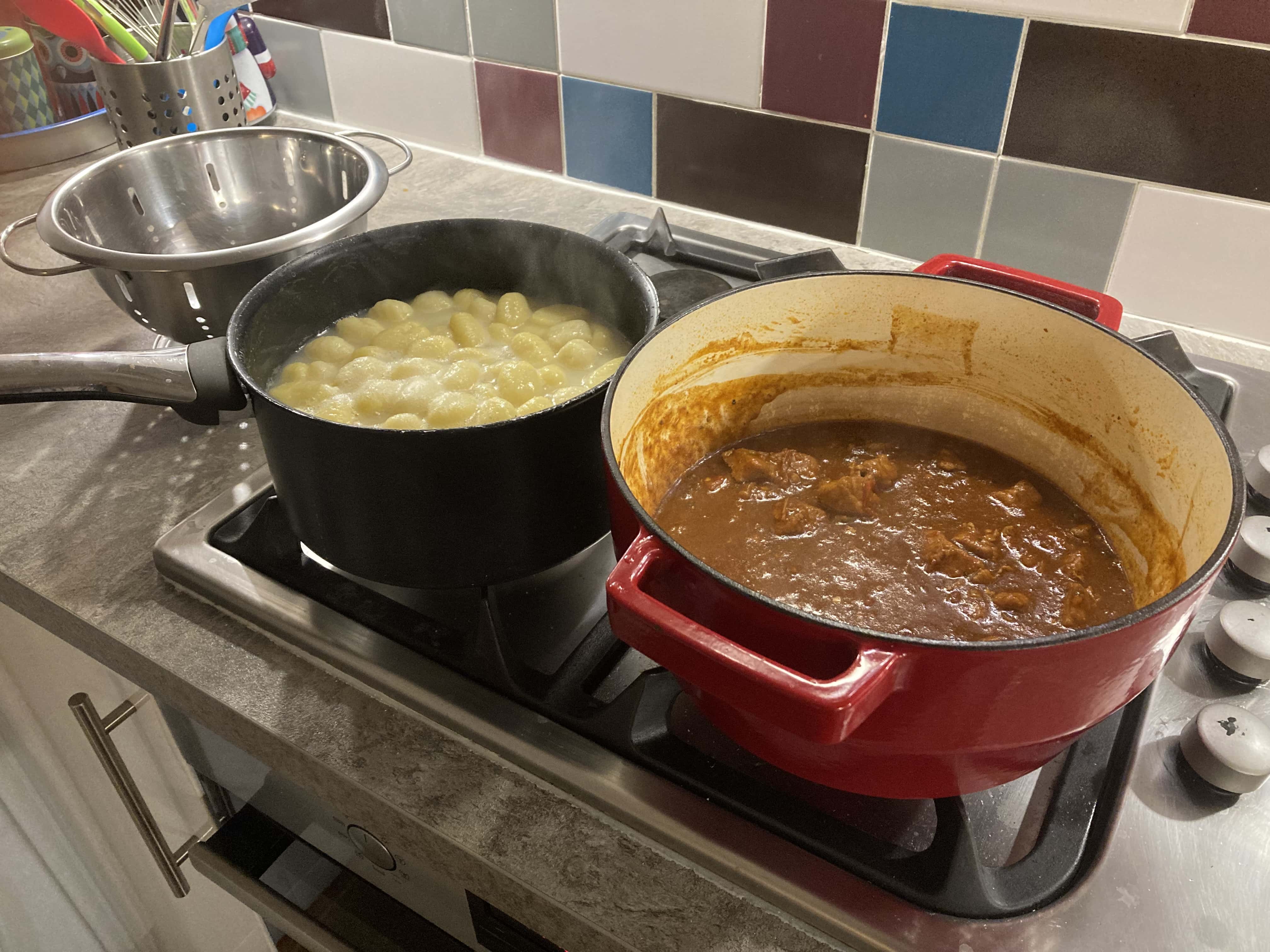 At the end, the consistency should be fairly thick (somewhere between a soup and a heavy gravy), with all the onions and peppers almost entirely dissolved (with possibly a few bits of pepper skin still intact - feel free to try and fish them out), and the meat fork-tender.

If the sauce is too runny for your liking, you can add some corn starch slurry (one teaspoon of corn starch, mixed with a little bit of boiling water in a bowl first before pouring into the pot, to avoid lumps) and briefly bring it to the boil again until it thickens. 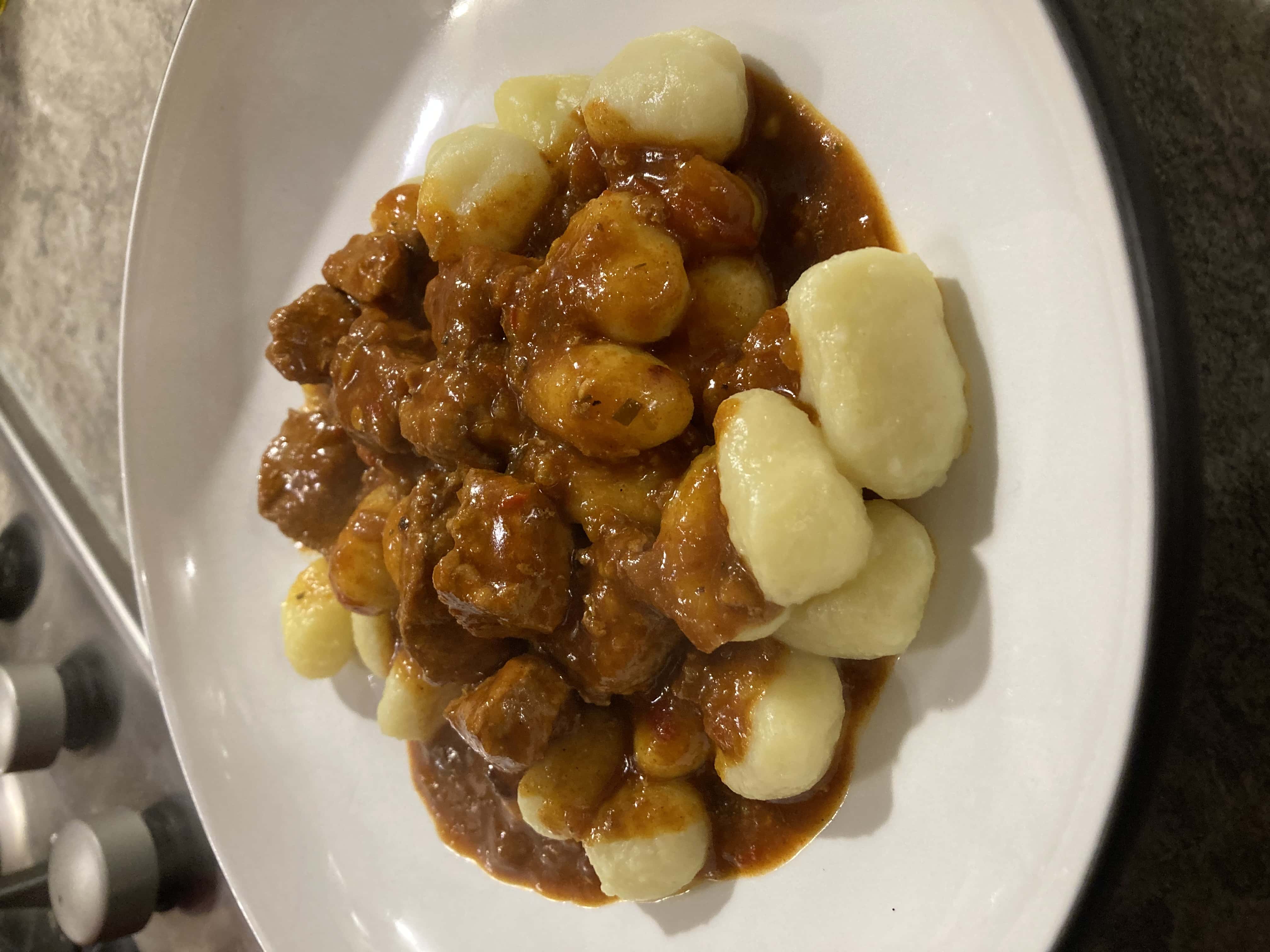 Serve with whatever starchy accompaniment you want: spaetzle (as most common in Austria), large potato dumplings (the more common German version), gnocchi, rigatoni, potatoes, rice, or just with bread.

There are many variations of goulash, and this is one of the common German/Austrian versions my dad used to make. Some people will throw in extra ingredients like carrots and diced potatoes, or deglaze the pot with some red wine before adding the stock, or throw in extra spices like marjoram, oregano, cumin, tarragon. If that sounds like something you might enjoy, go ahead and add those, why not.